Running Down The Walls 2022

Join us for the 5th annual revolutionary 5K run/walk/roll and day of solidarity amplifying the voices of our comrades behind bars, lifting them up in their struggles, and maintaining material support. Register before the deadline!

We host prisoner letter-writing events on the fourth Monday of every month at 6:30pm currently held online using Jitsi or in person at Clark Park. 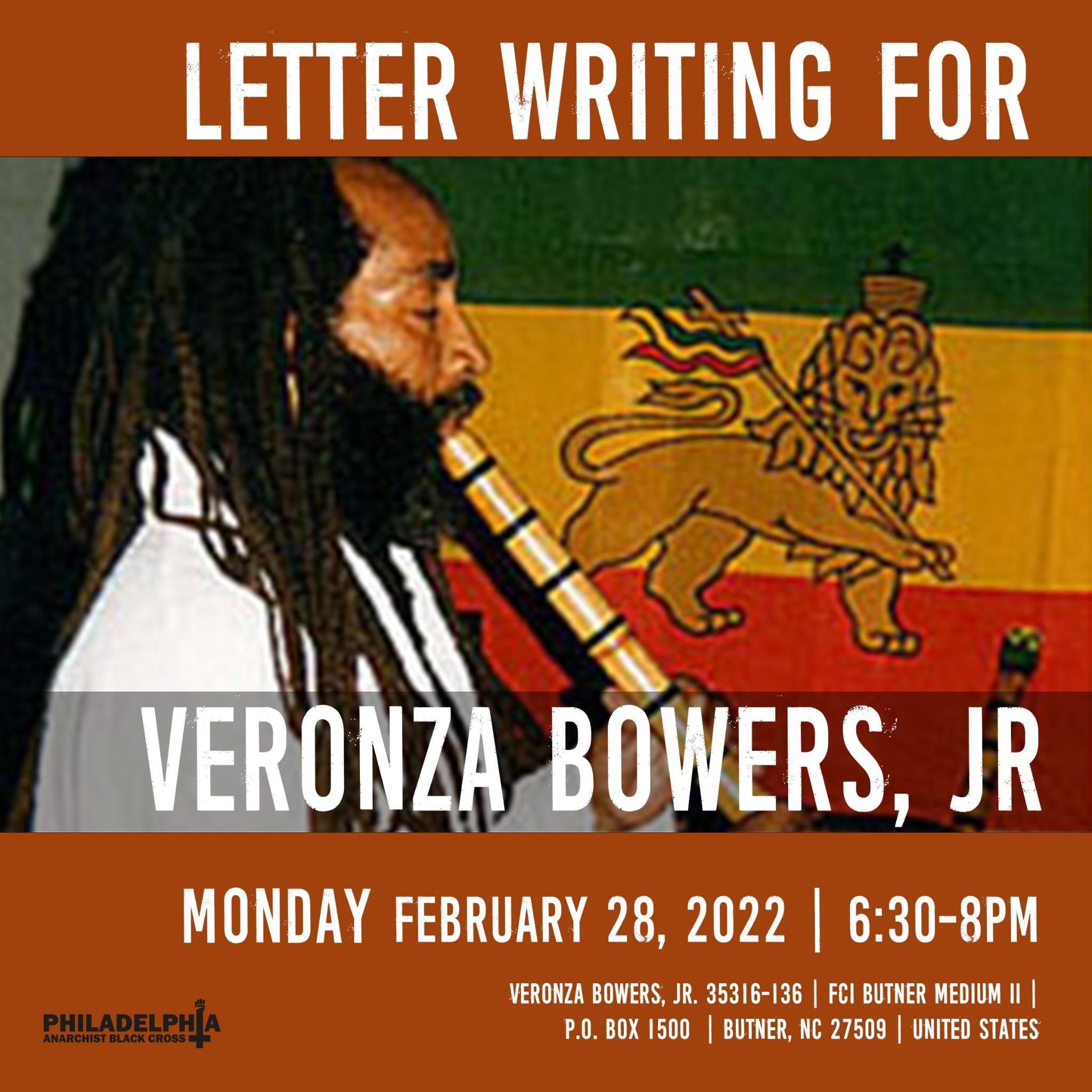 Join Philly ABC this 2022 Black Futures month to send letters of solidarity to one of the longest-held political prisoners of the Black Liberation struggle, Veronza Bowers. Veronza is a former Black Panther Party member framed for the murder of a U.S. Park Ranger on the word of two government informants, both of whom received reduced sentences for other crimes by the federal prosecutor’s office. Because Veronza’s case falls under “old law” guidelines, he was supposed to be granted mandatory parole after serving 30 years. [Read More] 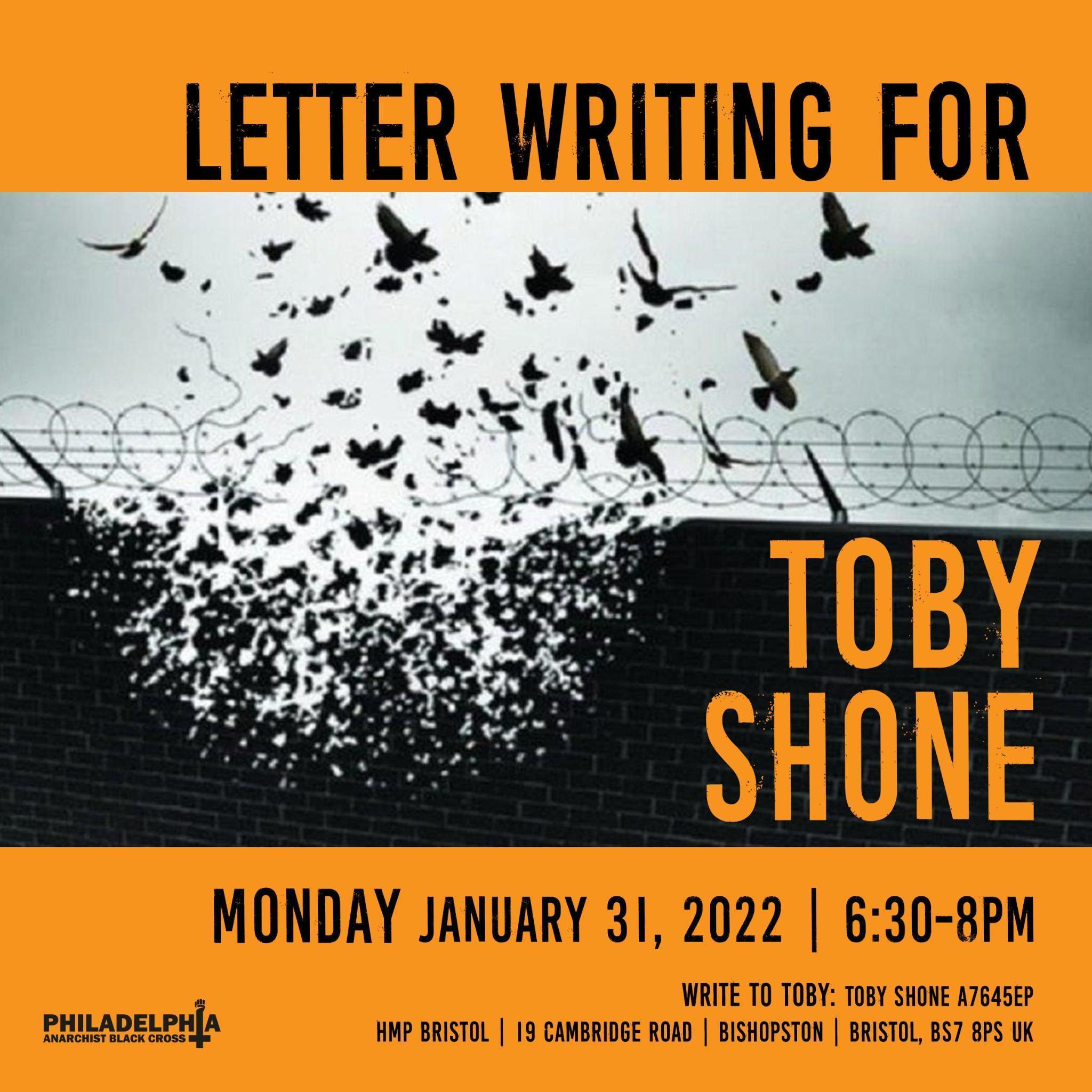 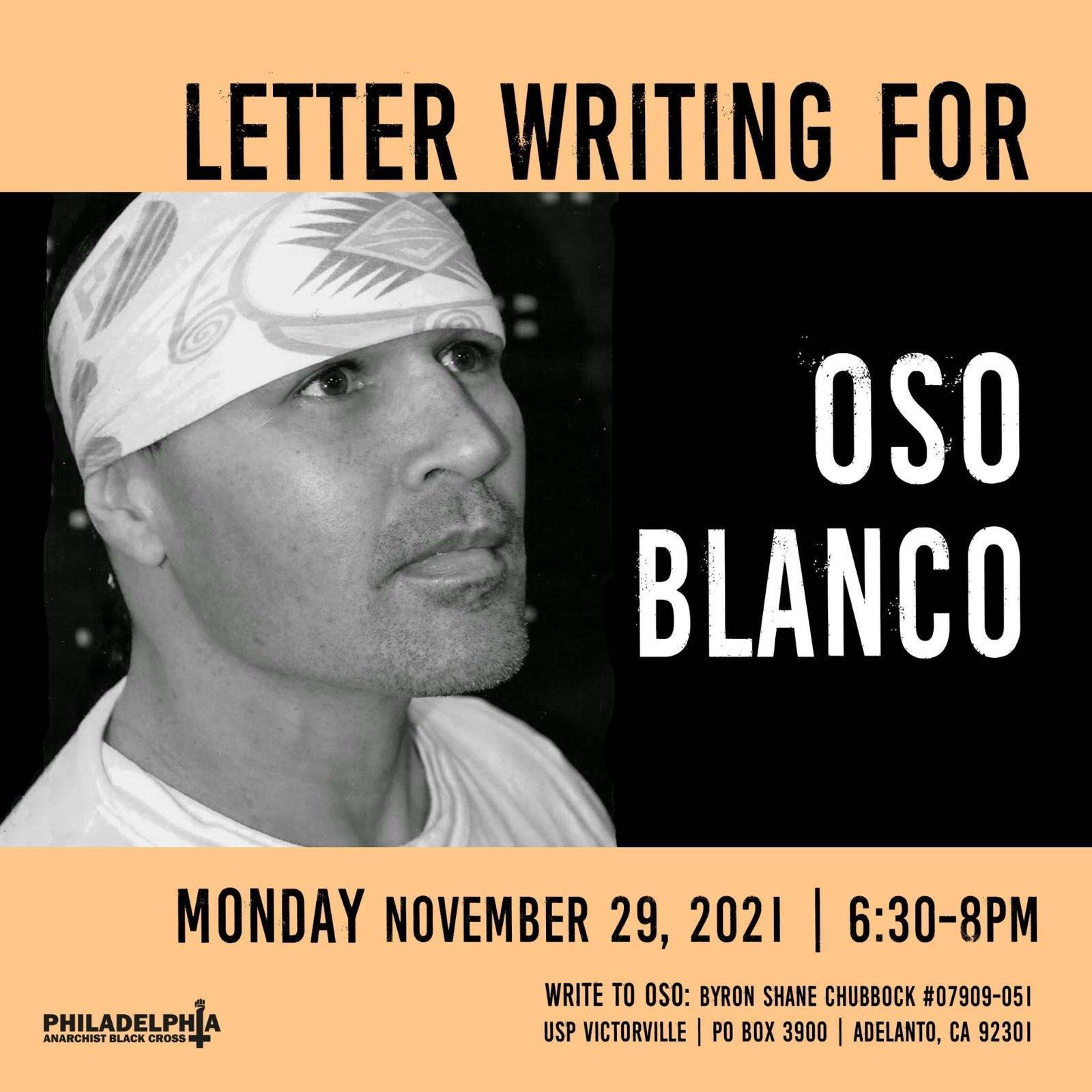 The National Native Day of Mourning (so-called Thanksgiving) marks the invasion, theft of land, and genocide committed against the Indigenous Native People by European colonialists and later by their Amerikan descendants. UFF Ohio 7 comrades, Kazi Toure and Jaan Laaman, will be conducting a 24 hour fast on Nov. 25th and ask you to join: This fast is to recognize and highlight the genocide of Native People and the theft of Native land. [Read More] 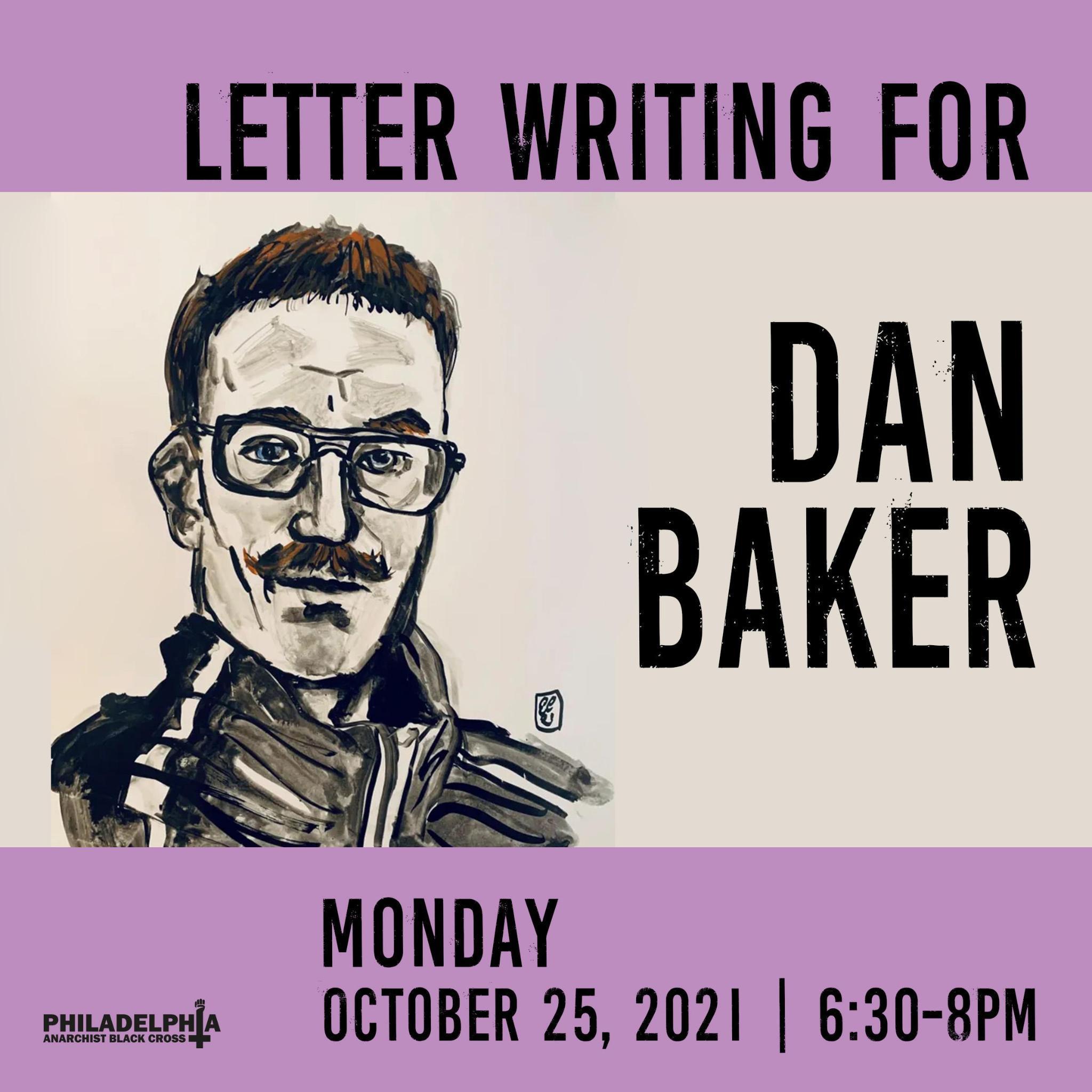 Dan Baker is a social justice activist and former army vet. He went AWOL instead of fighting in Iraq, and then took his training to help defend Rojava with the International Freedom Battalion and was featured on VICE. Dan was also active during the George Floyd rebellion and took part in CHAZ . He was arrested on January 15th, 2021 after the FBI compiled social media posts related to Trump supporters’ actions on inauguration day to build a criminal case against him. [Read More] 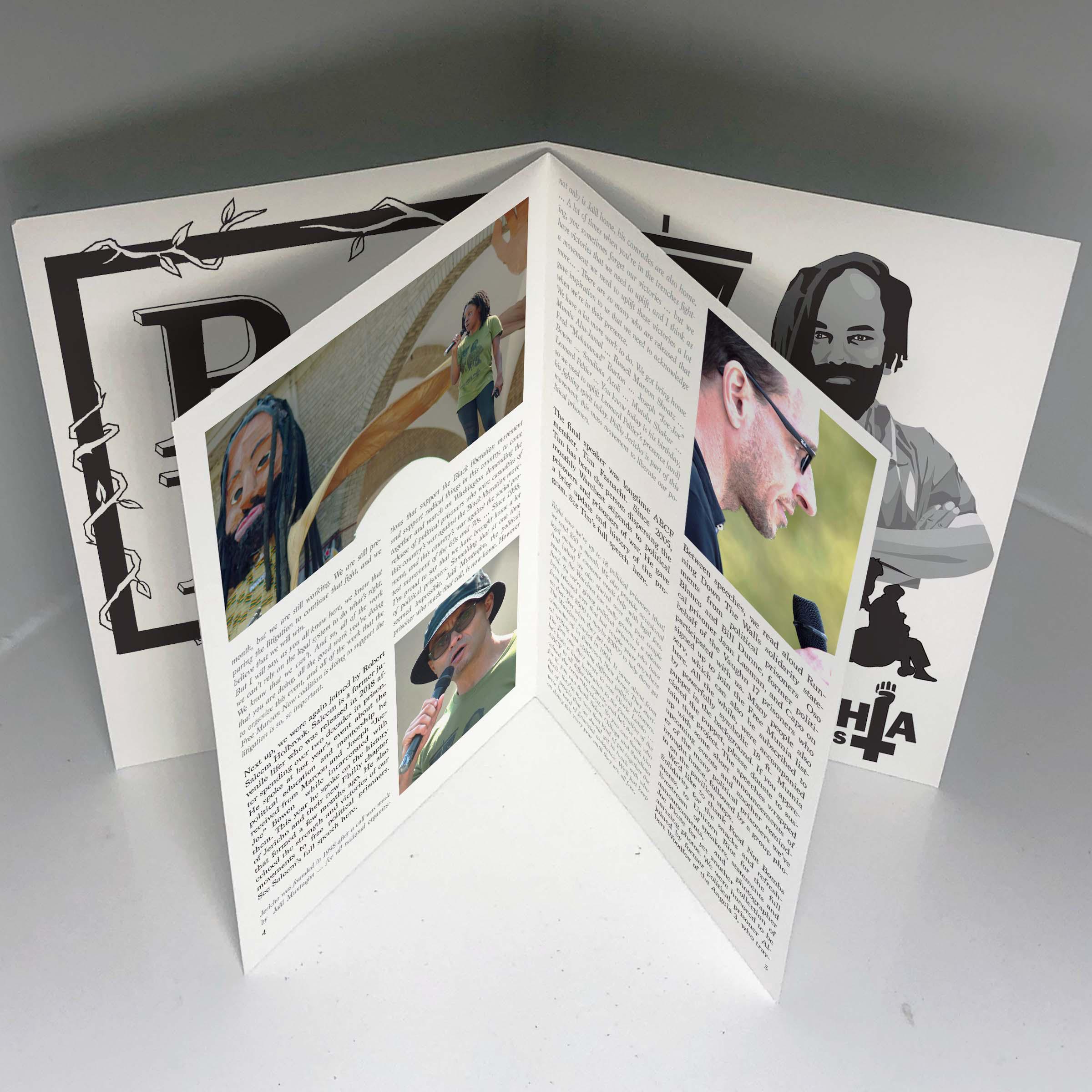 In lieu of our usual monthly letter-writing event, we will be mailing printed copies of our 2021 Running Down the Walls reportback to over 30 political prisoners. This is one way to share and celebrate the energy garnered at the event as over 200 people gathered in Philly alone to move our bodies in solidarity with those on the other side of prison walls. Join us this Monday at 6:30pm, at the northwest side of the dog bowl in Clark Park as we package and mail the reportbacks. [Read More]