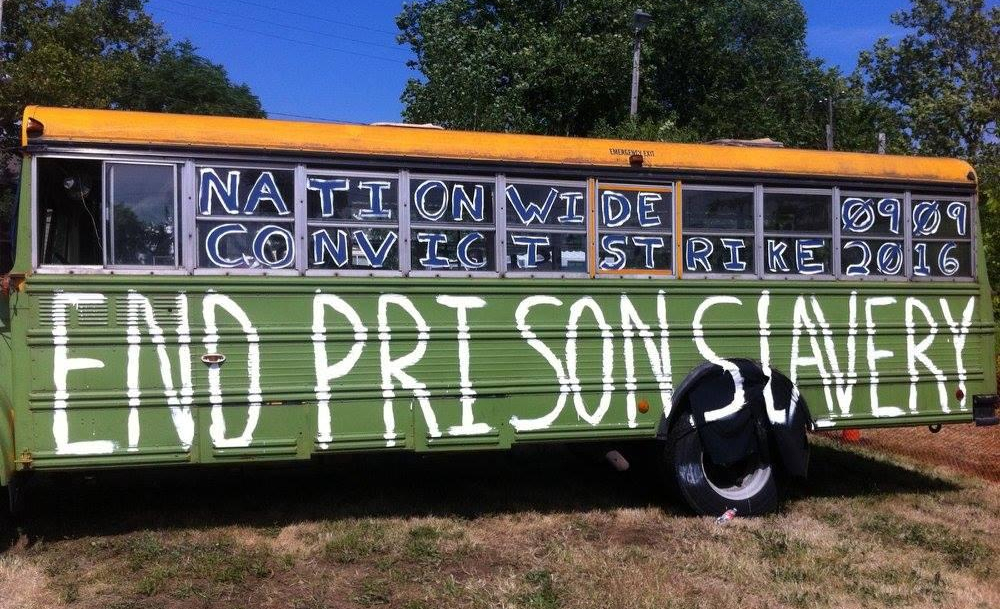 Join the newly formed Philly ABC for the first of what will soon be monthly prisoner letter-writing events! Letter-writing supplies, stamps, and light refreshments will be provided — just bring yourself, friends and comrades.

We will be listening to a podcast featuring two of the prison strike organizers, Siddique Abdullah Hasan and Kinetic Justice. Hasan is a prison Imam, a skilled writer, and a compassionate mentor and friend to fellow inmates. He was placed on death-row for his alleged leadership role in the 1993 Lucasville rebellion, which occurred shortly before his scheduled release, but he maintains innocence. Kinetic of the Free Alabama Movement has been locked up in solitary confinement for years for organizing, in his words, non-violence protests against the prison system in Alabama. We will also be signing birthday cards for political prisoners who have birthdays this month: Brian Vaillancourt (Sept 5th), Leonard Peltier (Sept 12th), and Abdul Maumin Khabir (Sept 15th).

For reports and analysis of the 2016 prison strike see The Fire Inside .

If you can’t make it to the event but would like to write on your own: