Photos: Courtesy of Joe Piette and others.

On August 5, 2018, around 90 people ran, jogged or walked 5K to commemorate the 40th anniversary of the incarceration of the Move 9. The route chosen for this event started in Fairmount Park and went past the zoo that members of the Move organization protested in 1973 and 1974 in support of animal rights. The route continued down 33rd street to the intersection of 33rd and Pearl, where the former Move headquarters was before it was bulldozed by the city within 24 hours of the arrest of the Move 9.

While the national Running Down the Walls event was held in June this year, the Philadelphia event was set in August in order to coincide with the Move 40th anniversary. For this reason, all of the incarcerated people who ran on August 5th are in Pennsylvania or surrounding regions. Many runners on the outside ran with signs displaying the names of either recipients of the Warchest or other US held political prisoners. Including both runners on the inside and outside, the event totaled around 90 participants.

Yoga began promptly at 9:30 am “to warm up our breath, mind and bodies” as yoga instructor Sheena Sood put it. The group then took off in three sections: walkers followed by joggers and finally by runners. This enabled a lot of interaction along the route as people encountered each other frequently. The route was shady to set of the warmth of the day, and refreshments were provided by Solidarity Food Not Bombs.

Together we raised almost $2000 that will be split between Move 9 legal defense and the ABCF Warchest. To close, we squeezed together for a group photo chanting “Free the Move 9, Free All Political Prisoners!” 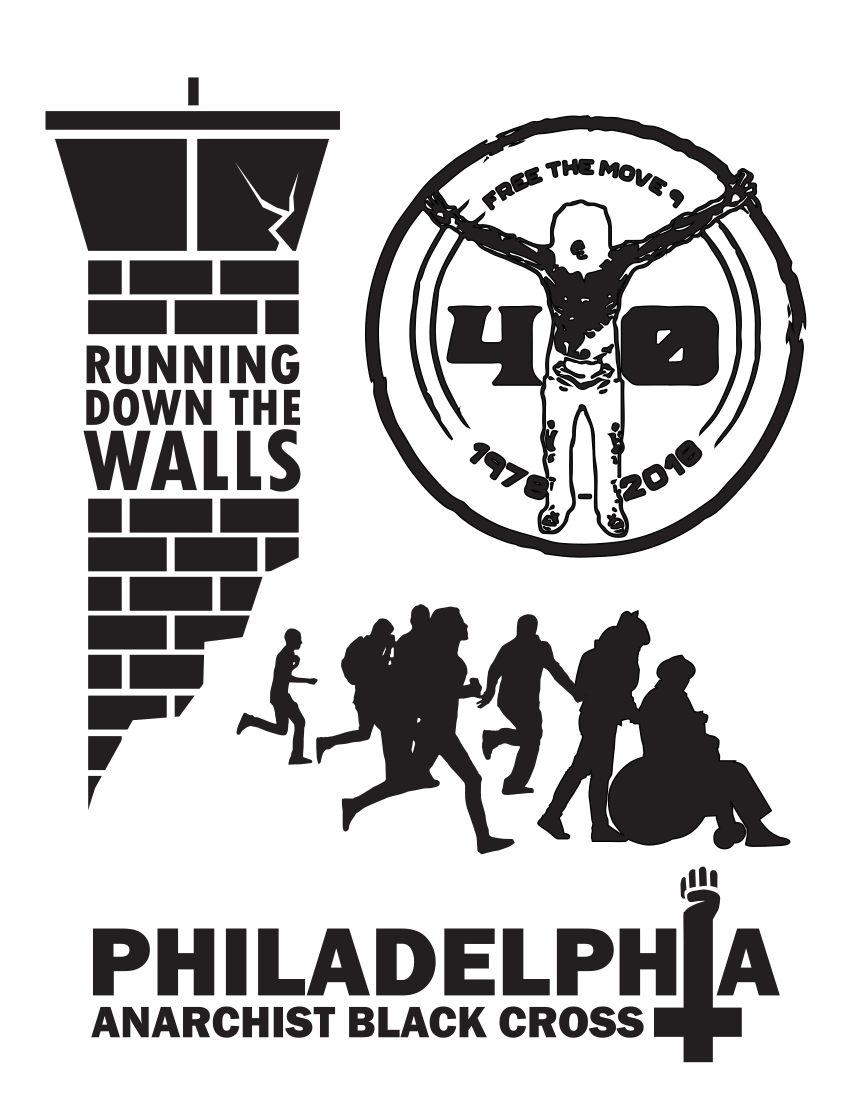