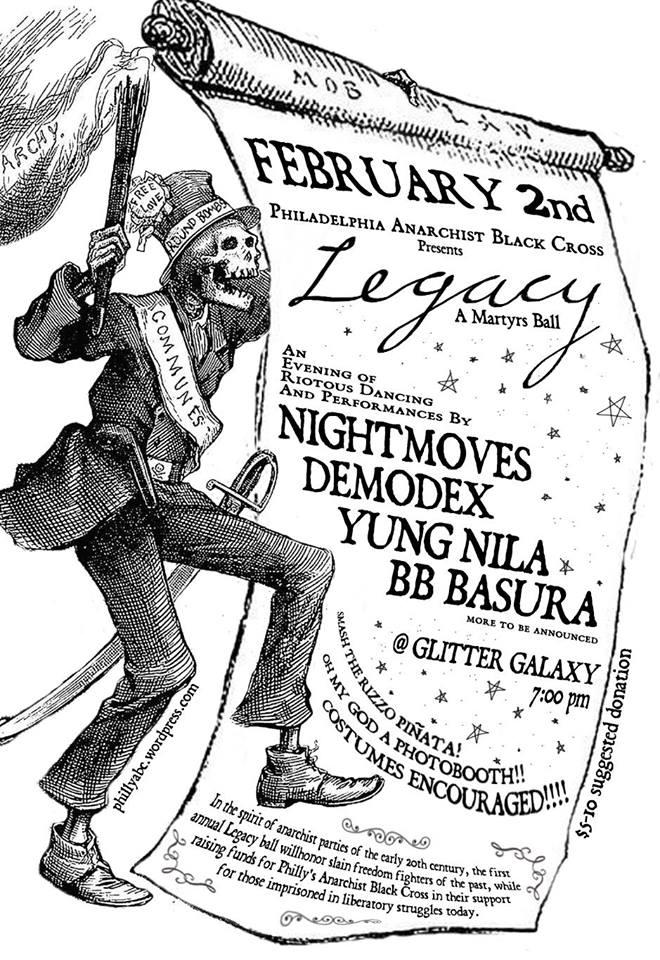 Inspired by anarchist balls of the beginning of the 20th century, Philly Anarchist Black Cross will be hosting the first annual “Legacy: A Martyr’s Ball.”

Join us for a night of music and fun as we honor freedom fighters of the past while raising funds for ABC’s work to support those imprisoned in liberatory struggles today.

In the first two decades of the 1900s, Russian immigrants organized parties in New York and Chicago to raise funds for comrades in Russian prisons. Hundreds attended these “Prisoner’s Balls,” which sometimes lasted upwards of ten hours. They included games, dancing and costumes, with attendees dressing as prisoners in a show of solidarity, or in satirical costumes of authority figures. Costumes encouraged– there will be a photo booth!

Come for bands and DJs…

Take a swing at the Rizzo pinata between sets! Limited-edition screenprinted posters will be for sale, along with handcrafted herbal cocktails and non-alcoholic drinks!