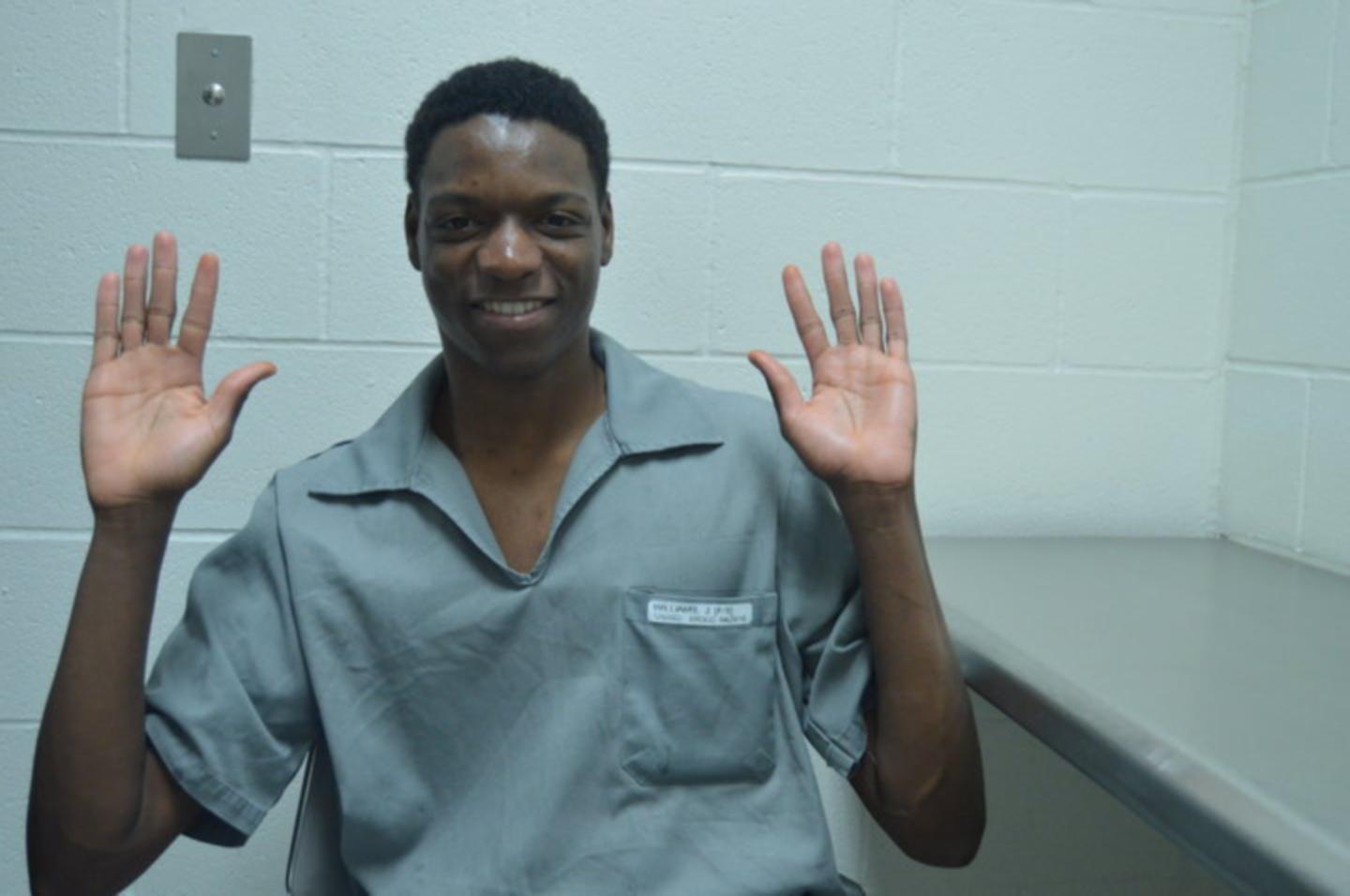 Join us on Monday for the next letter-writing for political prisoners, this time for long-term BLM prisoner Josh Williams. On December 24, 2014, in the heat of a protest, Josh who was 19 at the time followed a group who had broken into a QuikTrip convenience store. He decided to use lighter fluid to set a fire to a garbage can outside the store. It was put out before causing damage, but police investigated the incident, and two days later, as he was walking to a Christmas party, cops surrounded and arrested him. He spent nearly a year in jail before his trial. The following December, a judge sentenced him to eight years for arson– a sentence that grossly outweighs his crime.

Josh apparently gets unfairly treated by guards in the prison because they see his actions in Ferguson as anti-police. He also recently expressed interest in getting more mail. He likes reading Thrillers and the Bible. When he gets out of prison, he’s hoping to open a youth center in Ferguson, to give kids who grew up poor like him a chance to build community. His plans are still vague, but he feels committed to doing something positive with children.

We will also be sending birthday cards to political prisoners with birthdays in May: Alvaro Luna Hernandez (the 12th), Kojo Bomani Sababu (the 27th), and Doug Wright (the 31st).