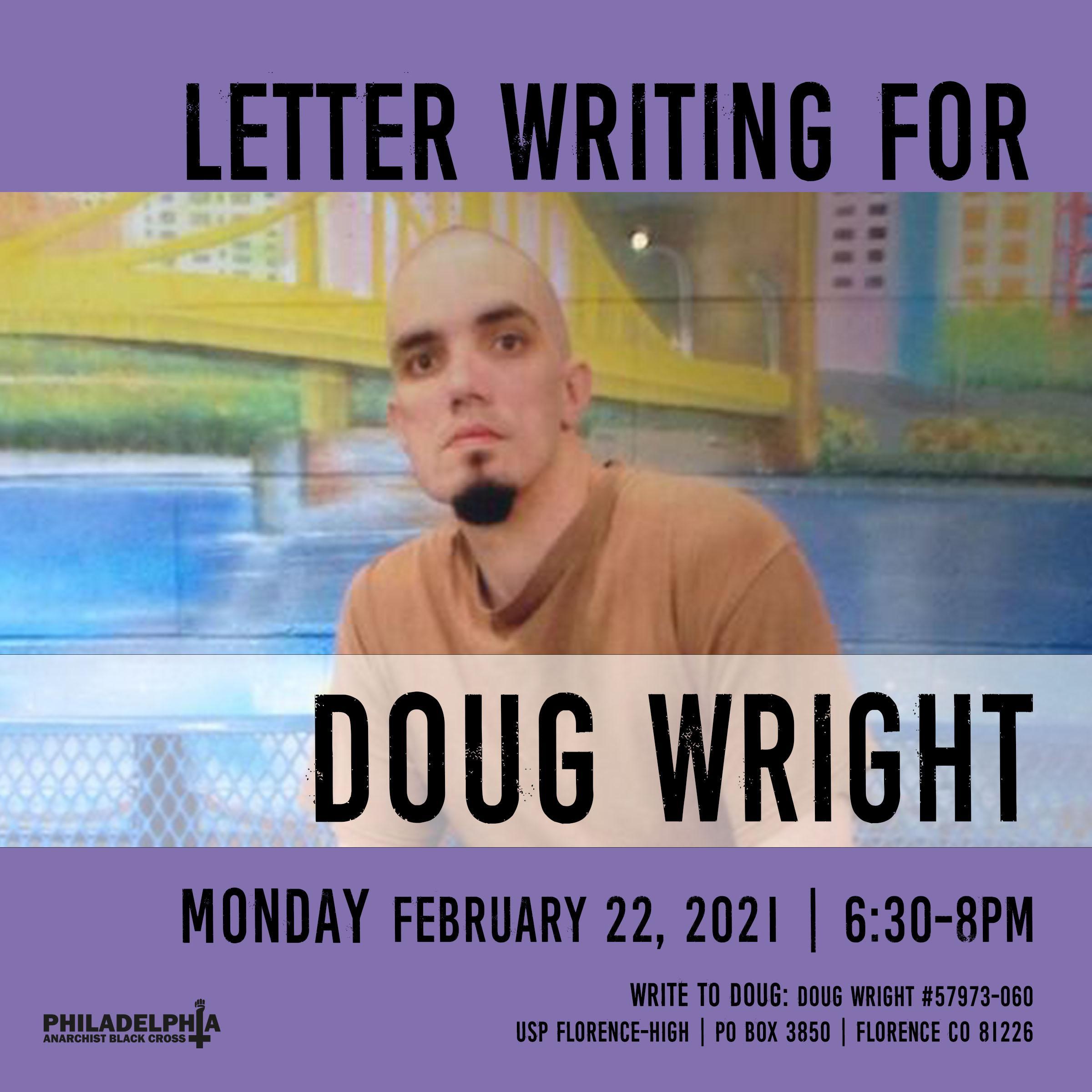 Doug Wright left home at age fourteen and became involved in radical leftist activities and anti-war rallies in California. Shortly thereafter, Doug picked up train hopping and made his way all over the country. On one occasion he accidentally found himself in Anderson, Indiana where he met people with a music company that hosted all-age punk rock shows. These folks became Doug’s new family for the next five years.

Doug was then in Cleveland during the Occupy movement and became the target, along with three other activists, of an elaborate FBI setup operation. They were accused of plotting a series of bombings, including that of an area bridge. However the real story is that the FBI, working with an informant, created the scheme, produced the explosives, and coerced the four of them into participating. Doug received the longest sentence of all the Cleveland 4 – 11.5 years.

Doug’s life has been a series of tests, trials, and tribulations. Prison has been no different. He is luckily entering the last year of imprisonment, but his struggle is not over. Because he will be on lifetime probation, he will be unable to travel and live nomadically in the way that he loves again. Please join us in sending some heartfelt messages of solidarity to him.

This event will be held on Jitsi - we’ll post the meet link on social media the day of. You can also message us to get the link beforehand.

If you are unable to join us on Monday drop Doug a line at: