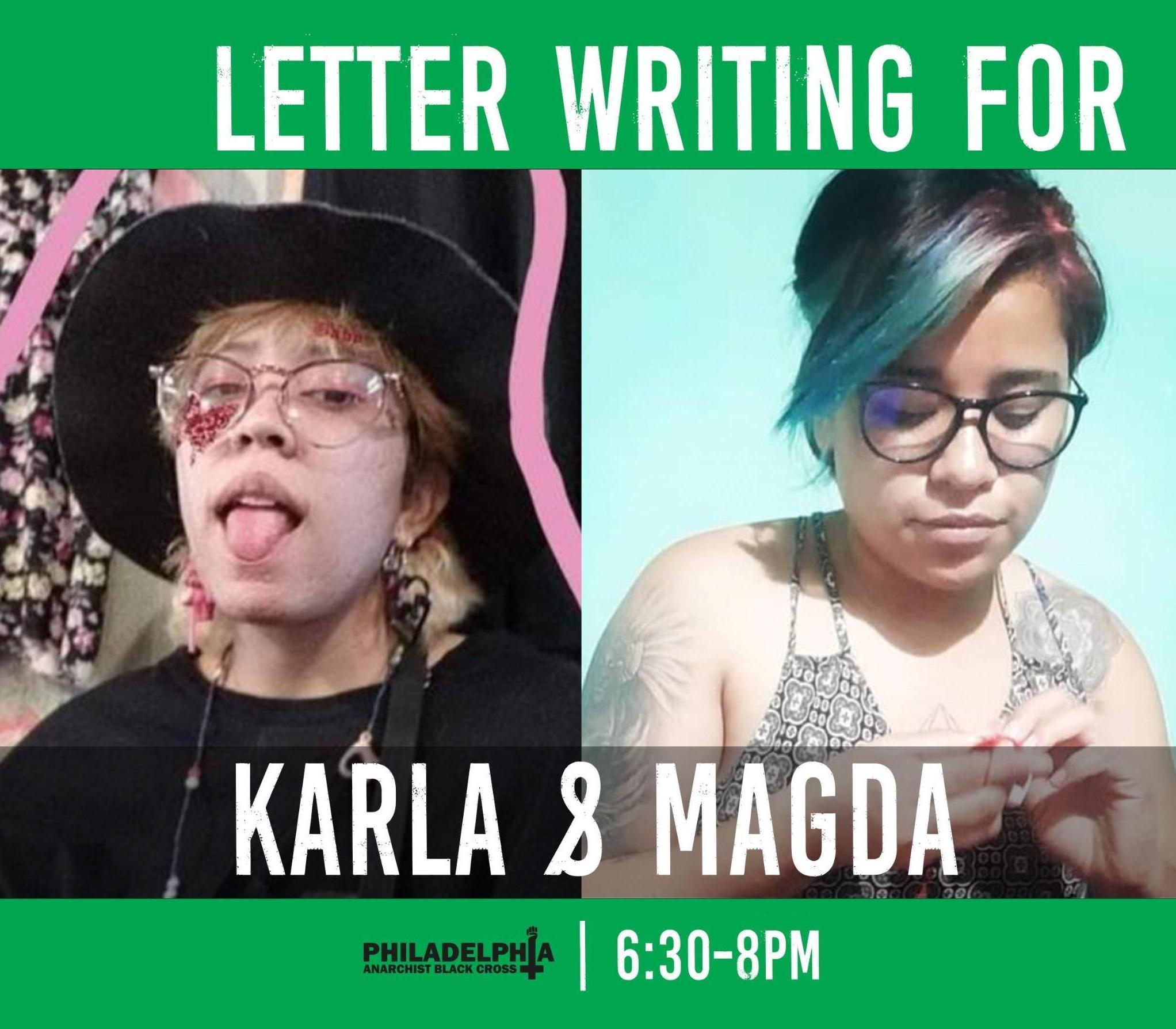 Join us as we write to Magda and Karla, feminist political prisoners in so-called Mexico. This past April 15th, a spectacular operation with more than 200 police officers occurred outside of the property of Okupa Cuba Casa de Refugio in Mexico City. At this eviction, the authorities took women that were in Casa as refugees– women who had to leave their homes, run away from the violent femicide that plagues Mexico, and took refuge to save their lives in Okupa Cuba Monumenta Viva.

Okupa Cuba is a self-managed and autonomous space that developed as a form of permanent protest because we had enough, a protest against the impunity, the indolence and the re-victimization by the patriarchal institutions of the Mexican state. Family, victims, and, feminist allies, in an uncounted event in the history of our country, they took over the facilities of Mexico’s National Human Rights Commission building. This was a wake-up call directed toward the authorities.

A series of irregularities and violations of their human rights have been mounting since they were detained– they were assaulted and threatened, at not one moment were they shown an arrest warrant, they were not told about the charges brought against them or told where they would be detained. They have since been charged with fabricated charges of possession simply to incriminate them. The women that are now imprisoned in Santa Martha are feminist activists, militants of the movement of victims of femicide in this country, they have volunteered their time and energy to build a shelter for women, for children, to denounce all forms of violence that we face every day in this country.

If you cannot join us in person and would like to send letters of solidarity to Karla and Magda, they can be emailed to: [email protected] .

We will also be sending birthday cards to political prisoners with birthdays in July: Gage Halupowski (the 1st) and Jessica Reznicek (the 25th).