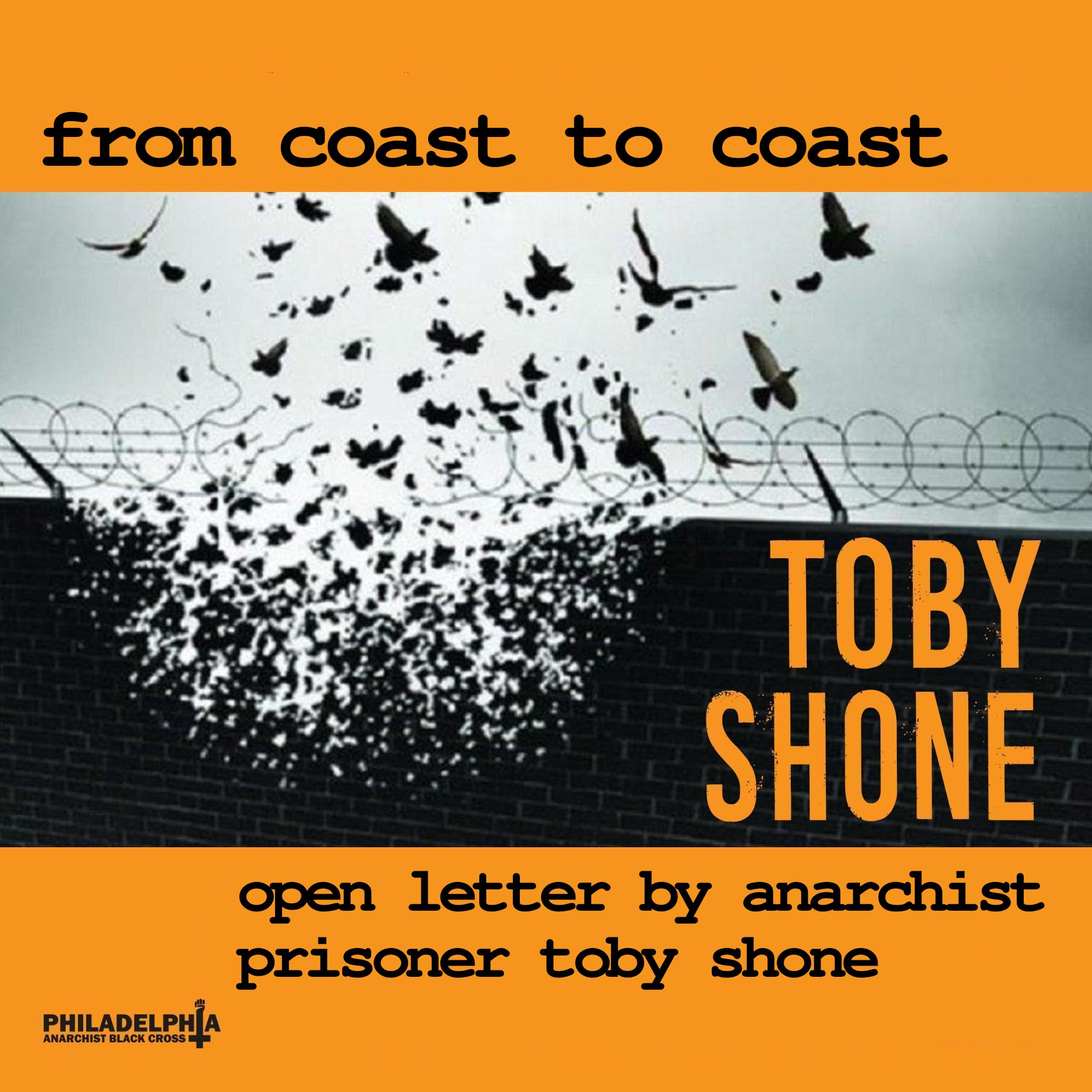 I’ve previously written about the need to recreate an Atlantic bridge, based on international revolutionary solidarity and reciprocal knowledge, that moves towards affinity and direct action in support of our imprisoned comrades. Since then, I was recently visited by a comrade from Anarchist Black Cross Philadelphia here at the G4S facility in which I’m held. G4S is originally an American company, Wackenhut, which has pioneered the private prison and security industry all over the world. As part of our discussion between the comrade from ABC Philadelphia and myself, we spoke of the need to prevent our groups and commons becoming inward-looking and closing in on themselves in microscopic scenes and myopia. The anglophone world is particularly susceptible to this trend, although it is not solely confined to English-speaking territories. How can we translate rhetoric into practical activity? Words and deeds must coincide, and that is what?

For too long, a kind of one-way discourse has been in effect, breached by too few valiant individuals and groups. We can speak of a loss of solidarity flowing across the Atlantic between north and south, east and west. Without wanting to advocate any kind of anarcho-tourism or the colonial approach of the wholesale export-import political programs of the activist left, I’m in favor of strengthening our international networks in the face of an increased technocratic authoritarianism. To remain locked up in our local areas without considering the struggles elsewhere is self-defeating, as repressive operations seek to confine us and stem our anarchic contagion specifically to promote sterility. Can we renew an Atlantic bridge that connects our tendencies, that connects the uprisings in the North American metropolises to those in Europe, Latin America and Asia? Can we join together the struggles of the long-term COINTELPRO prisoners with those elsewhere in the global prison industrial complex?

As a very basic contribution with the small means I have, I’ll join the Running Down The Walls 5K run event organized by the comrades of the American chapters of the ABC, called for September the 11th-18th this year, during the time I have out of my cell on the yard or the gym. This event aims to create a sense of togetherness through athletics. Keeping our fitness and health is important outside, and money raised by the event will supply funds to the ABC Warchest.

The real challenge is to enable an evolution in self-organization, osmosis, decentralization and cooperation; critical and practical action. As a first principle and minimum start, we can mention the exchange of letters and postcards that break the isolation of the prison walls and national borders that separate us. Since I am forbidden a large part my correspondence, and especially that of political content, it is fair to say that this constitutes meaningful solidarity of a certain type. Then there is the collation and publication of the letters and updates of our imprisoned comrades, and the incendiary dialogues which are always breaking out and multiplying as written about by comrades Alfredo, Gabriel, and Gustavo. This dialogue between inside and outside is very important. We need to cut through the bars which divide us all to support our hunger strikes, to identify structures of repression, to raise funds, to carry out campaigns, to hold events and give a helping hand to those next to our side even though an ocean may seem to separate us. I hope certain comrades can forgive me for laboring the topic as I’m positive everything I’ve written about already exists to varying degrees over several territories, but I’m aware of the need occasionally to reiterate key aspects of our practices to spread them and create new connections.

Let your voices be heard in protest from the Atlantic to the Pacific, from Maine to Mexico. Serve notice upon the murderous capitalistic class that you will not again stand idly by and see your brothers made victims because they so will it, and they will dare not do it!

Everyone to the streets,
Toby Shone
19 August 2022